I was recently listening to an interview that Marc Maron had with the actor Timothy Olyphant on his podcast “WTF” and caught a terrific soundbite that I thought was fantastically insightful.

He was describing a realization he had about learning a tell-tale sign that the work he was doing was both high in quality and personally fulfilling. When things were particularly good at a gig, he found that he was able to relax into his work, be present in the moment, be responsive to those around him, and be able to not take himself too seriously…

…and when that happened, he would often find himself showing up in the out-takes collections that were curated for fun by the film’s production team.

In other words, working was best when he was inspired enough to enjoy spending focused time with the people around him, loose enough to improvise, and unpretentious enough to be ok with making mistakes. When that happened he’d show up in what amounts to the “blooper reel of a movie” – laughing, ad-libbing or, more generally, playing. In contrast, he noticed that when he didn’t appear in the out-takes, his work tended to be stiff and the experience was less fulfilling.

I think there’s a neat lesson to take away from that realization… …perhaps it’s a nice way to think about maintaining a flexible and responsive attitude when teaching music?

Or to put it another way – are you taking the time and maintaining the presence of mind to enjoy where you are, who you’re with, and what you’re doing?

We had our final meeting of the Science of Music in Learning and Experience (SMiLE) group last week and I’ve been reflecting a bit on the experience. 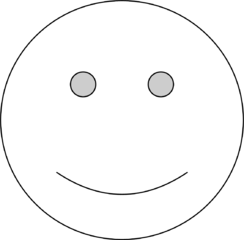 We began the experimental idea in the fall with an introductory meeting to get to know each other from across campus and a discussion of Susan Hallam‘s closing chapter from the Oxford Handbook of Music Psychology titled “Where now?” I thought the chapter would be a fitting way to kick off the group’s activities since it concluded by emphasizing how valuable interdisciplinary research will be for acquiring a deeper understanding of the power of musical experience in the future. I agree with Hallam’s assertion that collaborations are needed among scientists of many varieties, music educators, music therapists, ethnomusicologists, music theorists, etc. to push the field further and also find her optimistic view of the future exciting.

Fortunately, our group has benefited from a richly varied collection of faculty and graduate student participants coming from communications science, cognitive science, cognitive psychology, computer science, linguistics, music education, music theory, music performance, and musicology. The conversations were engaging and the complementary perspectives that were brought to the discussions were refreshingly enthusiastic.

Overall, I’m very grateful for the experiences had in the SMiLE meetings this year and am looking forward to seeing the potential for this to grow next year and into the future!

Lastly, here is a brief and BY NO MEANS exhaustive list of books that could be particularly valuable for thinking about the science of music in learning and experience…

I wanted to write a quick post to share my excitement about a new research group starting up at IU called: SMiLE: Science of Music in Learning and Experience.

The purpose of the group is to cultivate conversations about music research among students and faculty across departments in the school of music and across units on campus. So far, interest in the group has been expressed by grad students and faculty from… …Music (education, theory, conducting), Cognitive Science, Psychological and Brain Sciences, Telecommunications, Speech and Hearing, Informatics, Computer Science, Linguistics, and Second Language Studies. This image is a wordle of the groups’ collective interests from our first meeting. 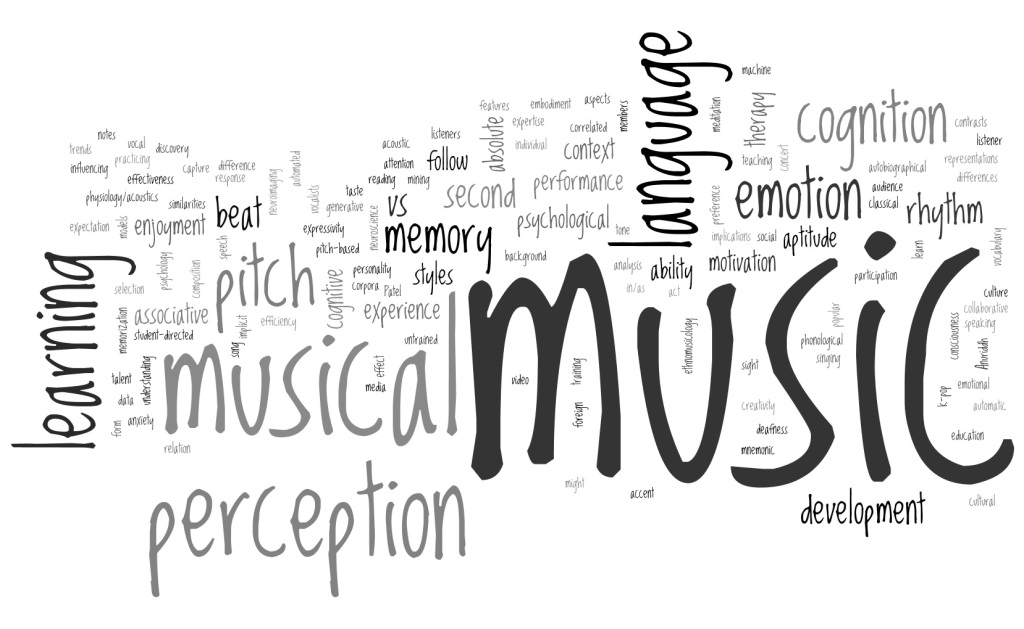 Our first two meetings were interdisciplinary, collegial, energetic, and overall – lots of fun. Many thanks to the colleagues and friends I spoke to who encouraged doing something like this and gave such great advice about how to do it. Many thanks too, to the wonderful colleagues and students taking time out of their busy days to join in the fun!

It’s sure to be a fun adventure and I’m excited for what the Spring may bring!

This is one of the most simple, powerful, and inspiring short videos I’ve seen in a while.